Discover New Zealand's financial capital and the most cosmopolitan city in the country with this Auckland City Tour - it's sure to surprise you! 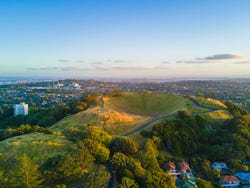 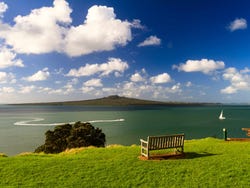 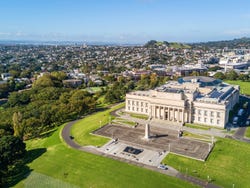 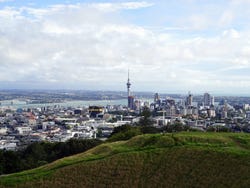 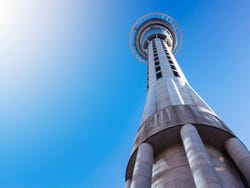 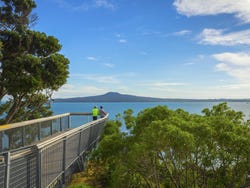 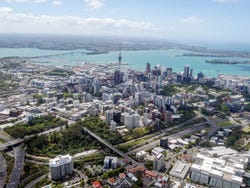 We'll pick you up from your hotel at 8 am to start this tour of Auckland, the liveliest city in New Zealand.

The first stop of the day will be at Te Toka O Apihai Te Kawau, a memorial to the founding of the city, located on Quay Street Harbour. We'll then make our way to Bastion Point for a pleasant stroll through Michael Joseph Savage Memorial Park.

We'll continue along the waterfront past Mission Bay to Achilles Point, one of the best views of Waitemata Harbour and the city's most famous volcano, Rangitoto. You won't be able to resist taking a nice souvenir photo!

We'll get back on the minibus and head towards the city centre, passing through the most elegant neighbourhood in Auckland, Parnell. You're sure to be struck by its colonial-style houses and exclusive boutiques. Afterwards, we'll arrive at Auckland Domain, the largest and oldest park in the city.

Next stop? The spectacular Mount Eden, the highest natural point in the region. Here, we'll hike to the top of this dormant volcano to marvel at the breathtaking views.

Our last stop will be the base of the iconic SkyTower, then we'll take you back to your Auckland hotel. We'll be at your accommodation by 12 pm.

The activity takes place with a guide that speaks en english.

You can book up to the start time, as long as there are places remaining. Book now to guarantee your spot.

No rating yet
The landscapes of the Lord of the Rings, geothermal activity, the rich Maori culture... discover all this and much more on the Hobbiton and Rotorua Tour.
US$ 222.80
Book
like

No rating yet
Discover one of the most iconic movie sets in the world and a natural wonder of New Zealand in one day on this trip to Hobbiton and the Waitomo Caves.
US$ 208.80
Book
like

No rating yet
Dare to jump out of an airplane and get your adrenaline pumping with this tandem skydive. You'll enjoy the best views in Auckland!
US$ 206
Book