The Sufi whirling, also known as Sama, is one of the best-known and most inspiring ceremonies in Turkey. This 800-year old tradition is a spiritual and mystic voyage through the mind and love of perfection. 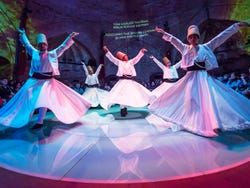 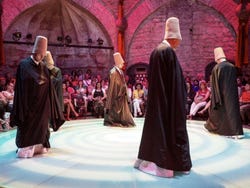 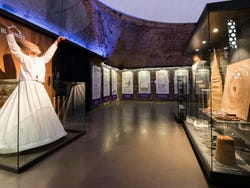 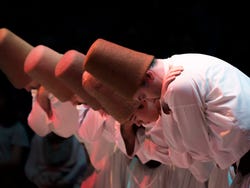 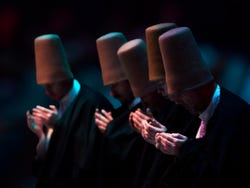 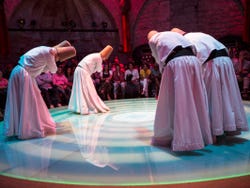 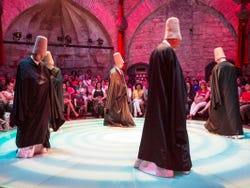 Established by the followers of the thirteenth century Persian poet, Rumi, the Mevlevi Order (Whirling Dervishes) are a Muslim order who dance as a form of prayer.

The ceremony begins with 15 minutes of traditional Turkish music played by some of the best local orchestras in the city, followed by the Mevlevi Order performing the dance ritual of the Whirling Derviches for 45 minutes. This act is listed as one of the Masterpieces of the Oral and Intangible Heritage of Humanity by UNESCO. The dancing is accompanied by soul-stirring ayin music.

During the show, the Dervishes spin on their left foot with their arms stretched out and embark on a spiritual journey to find the truth through love until they reach perfection.

You can book up until 7 hours before the activity as long as there are still places. Book now to guarantee your spot.

Include water in recyclable cartons.

No single-use plastics are used.

Non refundable. You may not cancel this activity.

Good show for one time. Complimentary water or juice included.

The set is Hollywood style but the ceremony (it is NOT a sgiw) really catches you.

I travelled with teenagers
8

It perfectly meets the expectations about this show. Opinion translated. Show original.

I travelled by myself
Show all the reviews
like

Cappadocia One Day Trip by Plane

8.60 / 10 62 reviews
This one-day tour is ideal if you wish to discover the best areas of the historical region of Cappadocia if you are only in Istanbul for a few days. This is an unforgettable visit!
US$ 460.40
Book
like

9.10 / 10 389 reviews
Aga Hamami is a historical hamam (Turkish Bath) and one of the oldest in Istanbul. Beautifully decorated, authentic and well priced. The perfect Turkish Bath.
US$ 29.50
Book
like

7.70 / 10 192 reviews
Enjoy breath-taking views of Istanbul from the Bosphorus as the sun sets, enjoying an exquisite dinner and traditional Turkish music and dancing.
US$ 53.40
Book