Discover the religious legacy of one of the world's oldest cities, and learn what makes it the spiritual centre of the world for Christians, Muslims and Jews on this guided walking tour of the Holy City of Jerusalem. 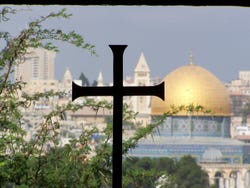 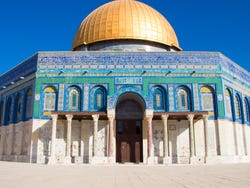 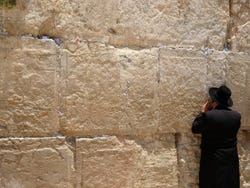 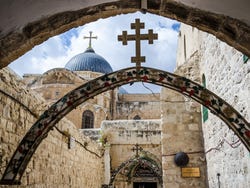 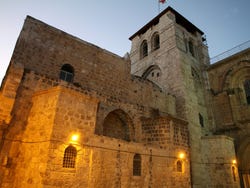 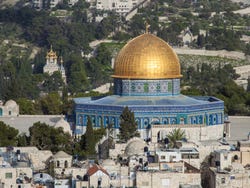 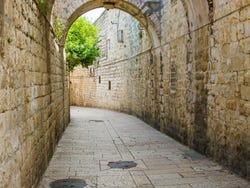 At 11 am we'll meet at the Jaffa Gate for an interesting tour of the Holy City of Jerusalem.

First, we'll visit the Church of the Holy Sepulchre, which according to tradition is the exact site of Christ's crucifixion and the empty tomb where he was buried and resurrected. This sacred site is guarded by various denominations including Catholic, Orthodox and Armenian Orthodox.

On leaving, we'll begin the Via Dolorosa route, where we'll find 15 Stations of the Cross with different meanings. At the end of the walk, we'll reach Mount Golgotha, the place where Jesus of Nazareth arrived dragging the cross.

The next stop will be at the most important symbol of Judaism, the Wailing Wall. Did you know that there is an area for men and another for women?

The tour will continue to the most important monument for the Islamic religion, the Dome of the Rock. It's believed that it was here that the prophet Mohammed ascended to heaven. Look at the tiles, they have a great story behind them.

At 3 pm, the tour will end at the starting point in the Old City of Jerusalem.

The activity takes place with a guide that speaks en english.

Entry to monuments visited on the tour

Book now to guarantee your spot.

US$ 40
Free cancellation up to 3 days before
Book

The walking tour was very complete and interesting. Our guide (Yoni) was careful and went through the explanations thoroughly. I really enjoyed the tour, I learned a lot about the history of the city and about the current Jerusalem. 100% would recommend.

I travelled with small children
10

I travelled with my partner
Show all the reviews
like

8.80 / 10 48 reviews
Floating in the Dead Sea is a unique experience you'll never forget on your trip to the Holy Land. Discover its magic on this relaxing excursion!
US$ 85
Book
like

Masada and the Dead Sea Tour

8.50 / 10 175 reviews
Let yourself be captivated by magical desert landscapes with this tour which visits the majestic Masada fortress.
US$ 111
Book
like

7.60 / 10 93 reviews
Discover all the secrets, enigmas, and legends of the Holy City for the three principal monotheistic religions on this guided tour.
US$ 73
Book