We currently don’t have any scheduled dates for this activity.

Check out all the activities in Liverpool

See Liverpool through the eyes of its most famous band, exploring the streets and bars where the Beatles first made their name and discover the relationship between the city, WWII and the Titanic. 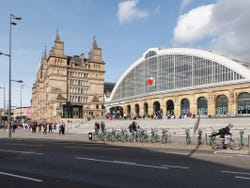 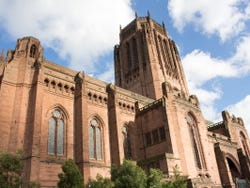 Beatles to the Blitz Walking Tour

After meeting at St George's Hall at the scheduled time, you'll begin your guided tour of Liverpool, the birthplace of the Beatles. In the sixties, these four young Brits changed the history of music forever thanks to their pop rock songs and their enormous fanbase. You'll explore the places where the band first started as you learn interesting facts about the famous quartet. Why were they called the Beatles? How did they meet? What was their first big success?

Your route will first take you past Lime Street train station; the immense Liverpool Cathedral, the largest religious building in Britain; St James Cemetery and Chinatown. Continuing the route, you'll arrive at Hope Street, the site of the city's most photographed monument. "A Case History" is a pile of concrete-cast suitcases, each of which belong to an important historical figure from the area. Learn all about the impact these icons had on the British city.

The Beatles' success was marked by their unprecedented fan following, which became known as Beatlemania. As you explore the different places that marked the childhood and adolescence of the musicians, your guide will entertain you with anecdotes and tales of the best concerts performed by the most influential band in history.

Delve deep into the history and culture that saturates the iconic city of Liverpool, learning all about World War II, the Titanic, and its rock n roll legacy.

If you're a true Beatles fan and want to do a themed tour, you can book our Beatles Tour of Liverpool.

Tours or activities will not consist of more than 15 people per group.

All those running the service (guide, driver etc...) will wear a mask throughout its duration.

At monuments, museums and attractions, the maximum permitted capacity will be a 50% of the total maximum capacity.

Showing your voucher on your phone will be enough, and it is not necessary to print anything.

You can book up until 36 hours before the activity as long as there are still places. Book now to guarantee your spot.

No single-use plastics are used.

The activity helps the dissemination of local cultural heritage.

The activity helps to promote peace.

US$ 14.20
Free cancellation up to 6 hours before the service starts
Book

We currently don’t have any scheduled dates for this activity.

Check out all the activities in Liverpool

I travelled with teenagers
8

We had a great tour with Juan on Friday. He showed a lot of knowledge of the city and received us very kindly even though we were a few minutes late for the appointment. Opinion translated. Show original.

I travelled with my partner
Show all the reviews
like Free

9.50 / 10 1,034 reviews
If you have just arrived in Liverpool, there is no better way to get to know it than with a free tour of the city that saw the birth of the Beatles.
Free!
Book
like Free

9.60 / 10 10 reviews
Discover the history and hometown of one of the most influential bands in the world with this free tour of the Beatles in Liverpool.
Free!
Book
like

The Beatles Tour of Liverpool

No rating yet
Explore the legendary spots where the Beatles took their first steps, including the famous Cavern club, and immerse yourself in the most famous band in history!
US$ 43.10
Book